The democratic, nation-building debt the American nation owes the Caribbean, and the Haitian nation in particular that resides at its core, is not expected to be repaid but must be respected. Any nation without a... 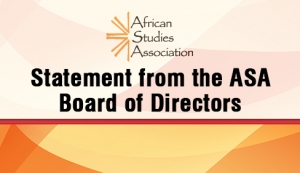 Latest Statement by the African Studies Association's Board of Directors*

The African Studies Association—a scholarly organization composed of over 2,000 university academics based in the United States, Europe and Africa – is outraged at President Trump’s characterization of African states as “shithole countries.”  He is widely reported to have made this comment in conversation with members of Congress.  It is shocking that such...

CONGRATULATIONS TO OUR FALL GRADUATES

"UNC Charlotte at the Intersection of Black Studies in the Carolinas"

Thirteen years ago, the Department of Africana Studies was reconfigured as an integrated academic unit with a focus on the global, comparative, and interdisciplinary approaches to the study of the historical and contemporary experiences of Africa-...

UNC Charlotte’s Africana Studies Department is at the forefront of the discipline, cultivating collaborative opportunities across campus. And, it is earning accolades for its efforts – most recently, the National Council for Black Studies bestowed its Sankore Institutional Award upon the department.

Named for the 14th-century university in Timbuktu (present-day Mali), the... 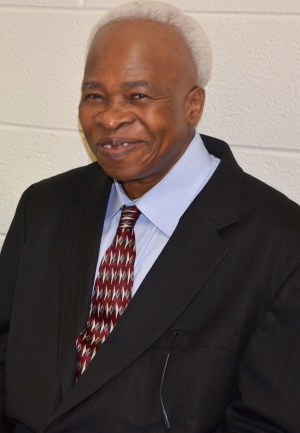 Africana Studies faculty, Dr. Honoré Missihoun, has received the Carnegie African Diaspora Fellowship (CADFP) to conduct collaborative research and graduate student teaching/mentoring at the University of Jos, Nigeria. His project will focus on the areas of Eco-Feminism and Eco-Criticism in the Environmental Literature of Francophone Africa and the African Diaspora. Dr.... 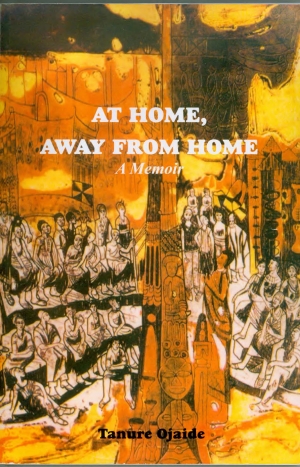 Dr. Tanure Ojaide, Frank Porter Graham Professor, has released a new memoir that focuses on his recent itineraries in the Global South and North America. In At Home, Away from Home: A Memoir (Cissus World Press, Milwaukee, 2017), Ojaide provides reflections on the plight of the former African colonial subject and now postcolonial citizen caught in the torrents of... 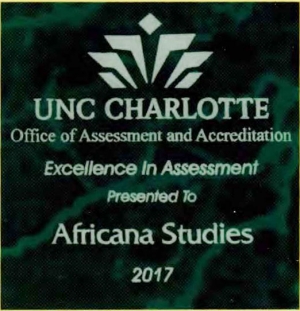 The Department of Africana Studies was recognized by UNC Charlotte’s Office of Assessment and Accreditation on April 10th for its “effective use of assessment results for improvement in Students’ Learning Experience”. 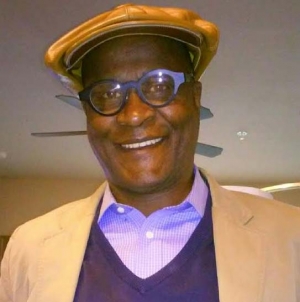